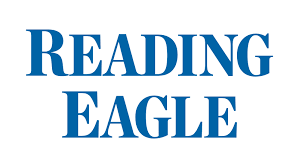 Posted at 20:58h in News by utasander 0 Comments
Share

Review of the “Schwanengesang” Recital at WCR Center for the Arts, Reading, Pennsylvania (USA) on Feb 24th, 2019. With David Lutz (piano).

The WCR Center for the Arts is the venue for a vivid performance of the composer’s final 17-song cycle.

Franz Schubert, in his 31 short years, wrote more than 600 lieder (art songs), gems that marry Romantic German poetry to his own musical style, reflecting his love of nature and his passionate love of women.

It takes consummate specialists in lieder to capture the complexities and nuances of these works, and thanks to the WCR Center for the Arts and support from Ruth Anne and Bruce P. Bengtson (in memory of William E. and Ruth D. Maier, her parents), the audience Sunday afternoon heard just that.

Lutz’s exquisite collaborative playing has been praised throughout the world; he has worked with luminaries such as Lucia Popp, Thomas Hampson, Nicolai Gedda and others.

Sander, formerly Lutz’s student at the University of Music Vienna, is a prize-winning opera singer with a passion for lieder, who has recorded “Schwanengesang” and Schubert’s “Die schone Mullerin,” among others.

His miraculous voice is capable of infinite expression, from warm and embracing — like a hearth — to a roaring fire; and he has the perfect diction of a practiced poetry declaimer. He and Lutz are the perfect artists to give Schubert lieder renewed life.

With Schubert’s imminent death stalking him at every step, these last songs are shadowed with foreboding, even at their most cheerful. Set to seven poems by Ludwig Rellstab, six by Heinrich Heine and the final one by Johann Gabriel Seidl, the cycle focuses on loss and grief, memory and longing, and throughout images of babbling brooks and scenic countryside give the songs an extra poignancy.

The latter are carried mainly in the piano part, and Lutz’s light, rippling touch, as well as the ability to infuse chords with profound tragedy, formed a necessary and beautifully executed underpinning to the vocal parts.

I have seldom heard lieder sung better than in this performance. Sander, acting with his voice, played each brief scene with a deep conviction and understanding of Schubert’s aesthetic, with its deceptive sweetness and flashes of sarcasm, as well as plunges into the darkest depths, as in “The Doppelgänger” — probably one of the most depressing, and beautiful, songs ever written.

It would be ridiculous to choose highlights from such a flawless concert, but there were several songs that moved me most: One was “The Warrior’s Premonition,” in which Sander’s rich lowest range conveyed fear and longing for his love, and agitation in the light of the campfire, leaving one to wonder if he will survive.

Also, “Farewell,” with its peppy accompaniment and underlying sting; and “Der Atlas,” with a heavy, trembling piano — like the muscles of the mythical man holding up the world — and the ending cry of despair.